Professor Allan B. I. Bernardo 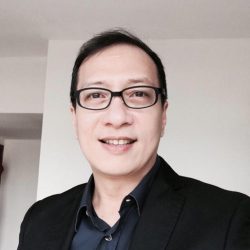 Allan B. I. Bernardo

Bernardo is Distinguished University Professor and University Fellow at De La Salle University in the Philippines. He obtained his PhD (Psychology) from Yale University in 1992. His research interests include lay theories of culture and intergroup relations, system justifying beliefs and socioeconomic inequality, hope and well-being in Asian societies, and cultural aspects of motivation, learning, and achievement in school. He served as President of AASP from 2015 to 2017; before that he was President of the ASEAN Regional Union of Psychological Societies, and of the Psychological Association of the Philippines. He also served as Editor-in-Chief of the Asian Journal of Social Psychology from 2018 to 2020 and Editor of The Asia-Pacific Education Researcher from 2001 to 2012. He was elected as life member (Academician) to the National Academy of Science and Technology, the Philippines’ peer-elected group of individuals who have made outstanding contributions to science and technology.