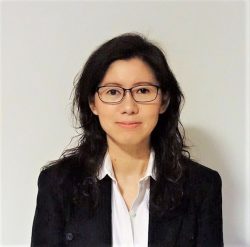 It is my great honor to serve the Asian Association of Social Psychology (AASP) as President of the Association. The AASP was founded in 1995 in an attempt to create a “third force” in social psychology, with the first and second forces being represented by the United States and Europe, respectively. Over the past two decades, the AASP has grown rapidly into one of the major psychology organizations in the Asia-Pacific region, including East Asia, Southeast Asia, South Asia, and the Insular Pacific, and other parts of the world, such as North America, Europe, and the Middle East. Established in 1998, the AASP’s flagship journal, the Asian Journal of Social Psychology (AJSP), has substantially contributed to the advancement of research on personality and social psychological processes with ever-increasing impact.

The AASP continues to consolidate its position as a high-impact academic organization. We endeavor to promote the development of social psychological research and its application in Asia-Pacific, to provide opportunities for students and young researchers to pursue education and careers in social psychology, and to provide a forum for social psychologists in Asia-Pacific, in order to promote research and education in social psychology. AASP members undertake strategic actions to fulfil its mission through biennial conferences, small group meetings, summer school, inter-associational activities, professional development, publications, newsletters, and social media platforms.

I look forward to the collective endeavors ahead, working together with more AASP members to create synergies and inspire collaborations across boundaries.

As ever, there have been some changes among our Officers and the Executive Committee. Emiko Kashima has completed her term as Past President; Hoon-Seok Choi has completed his term as President and is now the Immediate Past-President. Minoru Karasawa has joined the group as President-Elect of the Association. Fang Wang has completed her term as Secretary-General, and the position will be filled by Xiaomin Sun for the coming two years. Wendy Li continues to serve as Treasurer. I would like to express my heartfelt thanks to Emi Kashima, Hoon-Seok Choi, and Fang Wang for their dedication, hard work, and unfailing support – they will be long remembered. Also, I welcome Minoru Karasawa and Xiaomin Sun to the Officers’ group with a great deal of joy and excitement.